Gwen
The boy I once loved is now the fearless Vice President of the Iron Outlaws MC.
And he hates me.
Because of something that happened years ago. It's not my fault his father ended up inside for life because of that night. But that doesn't stop him holding me captive until I tell him what happened. Except I can't. Because not knowing is why I'm back here in this cesspit.

Clutch
The girl I once loved is now the enemy of my club.
Even though she's also the sister of my best friend and our club's new president.
I don't care that trouble brings her to my door looking for help. She doesn't deserve our protection. Until she tells me a secret that stands everything we know about the club on end.
Sins well hidden killed what chance of happiness we once had. But now, they're going to kill her.

It’s gritty and violent and while it may be more romantic than some other MC’s, it didn’t lose the darkness or crudeness that pulls me in to these types of stories. ~ Leigh – Simply Love Books

S. Cole, and her alter ego, Scarlett Cole, is a new to me author, but I have a feeling I will be diving through her backlist soon! As the first book in a new series, The Sins We Hide was the perfect place to start, and now I’m hooked.

I’m always leery of new MC stories. A lot of them read as romance novels where the hero (or anti-hero) happens to be a member of a club, just as if he was an accountant or a plumber. It is simply the career label, not an entire lifestyle. But when I’m reading about an MC world, I want it to permeate everything. S. Cole’s book does just this. It’s gritty and violent and while it was more romance-y than some other MC’s, it didn’t lose the darkness or crudeness that pulls me in to these types of stories.

I thoroughly enjoyed Clutch and Gwen. The second chance, rekindling a first love was really sweet, juxtaposed to the world of the motorcycle club. Clutch was both the VP of the Iron Outlaws, and the boy that Gwen fell in love with when she was a teenager. He still existed in both forms, and I fell a little bit in love with that. And the fact that he recognized that Gwen did not grow up in the same world as him made me adore him even more. Yes, he was crude and violent. But he was also a man who cared about the people close to him and had a sense of honor.

The author did a good job in setting up the circumstances of the next book, and creating characters who I already like going in. I can’t wait for the Iris and Spark to clash in the next story, and would recommend this as a great MC novel to join from the very start. 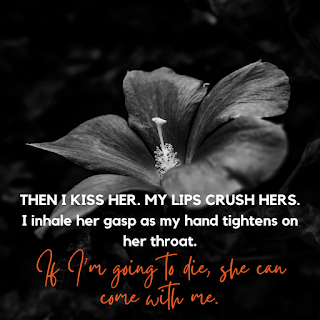 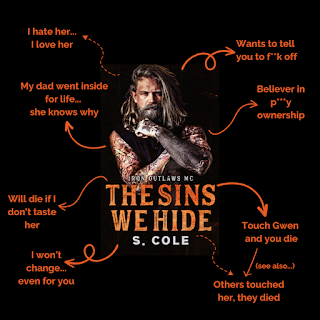 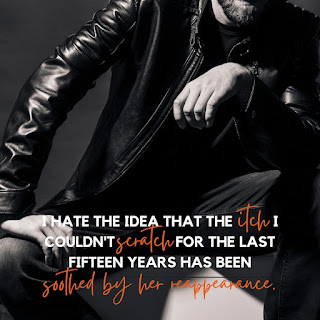 Scarlett Cole is a contemporary romance and romantic suspense author who calls both Toronto, Canada and Manchester, England home. A born city dweller, she periodically quashes the urge to live in the country by hiking up a mountain to remind herself that living away from people would terrify the pants off her.

She believes everybody deserves their love story to be told and loves her heroes on the rough and rugged side…and usually tall (because she married one of those 6ft 6” men you read about in romance!). She’s an A-type personality and Scorpio star sign, so good luck getting her to do anything she doesn’t want to.

Looking for your next binge read? Checked out the Lost In Oblivion series from Cari Quinn & Taryn Elliott. The prequel SEDUCED is free and the rest of the series is available on #KindleUnlimited

“Seduced has lived up to its name, it has led me astray with promises of things to come and I can’t wait to see what is in store for the individual band members and Oblivion.” ~ Sharon – Simply Love Books