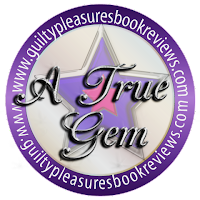 In the first novel of the COUNTERMEASURE SERIES, Trevor Bauer is haunted by the mystery surrounding his parents’ disappearance. His dreams for his own life have been put on hold. While searching for clues about them, he crosses paths with Cassandra James, a tough ex-CIA agent who derails every one of his best laid plans to avoid a relationship until he can find the closure he desperately seeks.

Suspicious and determined never to fall into the love trap, security specialist Cassandra James takes on a chase to recover files stolen right out from under her nose. In an effort to prove to her father–also her boss–that she is a capable woman, she follows the digital trail–a trail that leads her directly into the arms of Trevor Bauer, an NSA analyst who appears to have more secrets than she has scars…

When he accepts her request for help in recovering the files she’s hunting, they embark on an adventure that takes them across the ocean and into a world of intrigue and violence. As things between them begin to heat up, Trevor realizes that, if he is ever to win Cassandra’s heart and the future he craves, he has no choice but to reveal all his secrets

Countermeasure is a fantastic combination of suspense and mystery. This is the first book in the Countermeasure series. It is one that grabs you fast from page one and leaves you wanting more. (Thank goodness that it’s a series)

Cassandra is a security specialist for her Father’s security company. After years of trying to prove her worth to him, he finally lets her take the lead on a security job overlooking the protection of a new pharmaceutical drug formula. After a few days on the job the files are breeched and a hard drive is missing. Her Father assigns the project to someone else and tells her to take some time off. She is convinced the only way to redeem herself in her Father’s eyes is to track down who is responsible and recover the missing data.

Trevor works for the NSA and has come across some information that he is hoping will give him some insight to his parents disappearance. It just so happens that files he went looking through are the same files that turn up missing.

I don’t want to give too much away with their story, as it is mystery/suspense based. I don’t want to ruin any of it for you. I will say it is action packed and loaded with twist and turns that keep you guessing and keep you completely immersed in their world.

The characters were very well developed and there was enough of a background given on each to make them very believable. The dialog between Cassandra and Trevor is amazing. There is the perfect balance of humor, sarcasm, and love.

If you are looking for a book that will keep you on the edge of your seat and make you feel a part of the action this is a must read. It is beautifully written with the perfect mixture of action and suspense and in the midst of all that there is a beautiful emotional love story entwined.