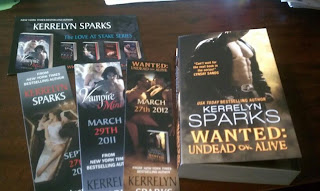 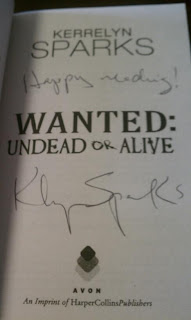 In anticipation of the big release, Kerrelyn Sparks gave us an exclusive inside look at Corky Courrant’s last night at DVN. 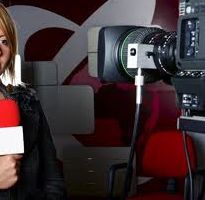 Live with the Undead!

Corky Courrant’s Last Night at DVN
“Good evening, viewers!  This is Corky Courrant, hostess of the most popular show on the Digital Vampire Network, Live with the Undead!  Tonight I have a special guest with me.” 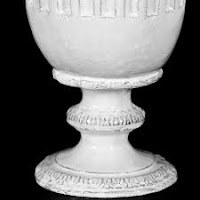 Corky shows the white porcelain container on the desk in front of her.  “This urn is very dear to my heart. I take it with me everywhere. I just can’t bear to be parted from it. You see, dear viewers—” she sniffs and wipes away an imaginary tear—“this urn contains the ashes of my dear beloved Casimir.”

She heaves a sigh. “As you know, I have been completely devastated by his cruel and unjust murder.”
She adjusts a black bowtie around the canister. “I dressed him up so he could be on tonight’s show.  Everyone knows that my dear beloved Casimir was the leader of the Malcontents.  Now that he’s been cruelly torn away from us, I have no choice but to carry on in his footsteps. I’m sure this is what he would have wanted me to do. And so, dear viewers, I am officially taking over as leader of the Malcontents. From now on you may refer to me as Queen Corky.”
She presses a hand to her huge bosom.  “Yes, it will be a tough burden, but some of us are simply born for greatness.  I’m quite accustomed to royalty, don’t you know. I lived at court during the reign of Henry VIII, and I was one of his personal favorites.  The dear king doted on me.  Whenever I was in the mood to torture someone, he let me play at the Tower of London.  I was personally responsible for wrenching the confession of incest from Anne Boleyn’s brother.  I hated that bitch. She kept trying to convince Henry that I was evil. But we all know she was the evil one, right?”
“And now, dear friends, I am sorry to say that there are more evil ones out there trying to hurt me.  Roman Draganesti, the creator of that disgusting swill, synthetic blood, has had the gall to summon me to his court!  Me?  I’m a queen!  He has no power and no jurisdiction over me. He and that evil Angus MacKay have been petitioning DVN to throw me off the air!  Don’t they know how much you all love me?”
She pats the white canister. “My poor beloved Casimir was murdered in cold blood by one of those evil Scotsmen who works for Angus MacKay. Why don’t they summon him to court?”
She presses a hand to her chest. “I, your beloved queen, am being persecuted.  Just because I posted a video so everyone would know Casimir was murdered in cold blood. Will they succeed in throwing my show off the air?  My poor viewers, you must be asking yourselves—how will I survive without Corky’s show?  But never fear, even if I have to leave DVN and go into hiding, I will continue to produce this show.”
She motions to her assistant. “Let’s take our first caller for the evening.”
“Bradley from Boston is on line one,” the assistant says off camera.
“Good evening, Bradley,” Corky speaks into a telephone receiver. “Thank you for calling.”
“Yeah, well, I’ve got something to say to you, Corky—”
“Excuse me,” Corky interrupts. “The proper term is Your Majesty.”
“Okay, Your Majesty. Why don’t you take a flying leap off a cliff—”
Corky hangs up and looks at her assistant. “Did you get his number?  Good. Send someone to kill him.”  She turns back to the camera and smiles.  “All right. Let’s take another caller.”
“Timmy from Tuscaloosa is on line two,” the assistant says.
“Good eve—” Corky coughs. She turns to her assistant and motions to her throat. “Some Bubbly Blood, please.”
The assistant slides a glass of Bubbly Blood down the desk to Corky.
Corky drinks, then gasps.  “This is warm!!  Don’t you know I like my Bubbly Blood properly chilled!”  She throws the glass and knocks the white canister off the desk. It shatters on the floor, spilling ashes all over the carpet.
“Oops.” Corky winces, then speaks into the phone. “Good evening, Timmy.” 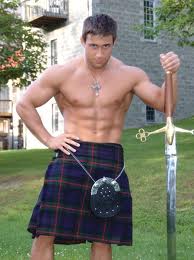 The studio door bursts open, and Angus MacKay and five of his employees rush in with their swords drawn.

Corky jumps to her feet.  “That’s it for tonight, but the show will go on!”  She teleports away before Angus can reach her.

So now, in Wanted: Undead or Alive, Corky is producing her show from a secret location.  What will happen to her?  Will she ever be caught?  To find out, you’ll have to read the book!!

What do you think happens to Corky?
One lucky commenter will win a signed copy of WANTED: Undead or Alive. US residents only, winner must be a follower of Guilty Pleasures. Winner will be selected using random.org, on 3/30. CONTEST EXTENDED TO 4/2. 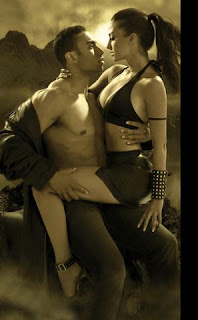 Phineas McKinney thought New York City was tough, until he was attacked by Malcontents—evil vampires who consider mortals to be snacks. Saved by the good vampires, Phin swore to devote his now undead life to stopping the Malcontents. He’s got his job cut out for him when word comes that their enemy may be hiding in Wyoming. What does a city boy like him know about horses and campfires? Good thing he’s got Brynley Jones with him . . . if only she didn’t hate every vampire on earth.

Bryn believes vampires are seductive and charming, and that makes them dangerous. So she’s more than a little annoyed about teaming up with Phin, even if he is the only bloodsucker able to make her inner wolf purr. But as they hunt down the new leader of the Malcontents, danger threatens . . . and Phineas and Brynley discover a passion that will rock the foundation of their supernatural world

NOTE from DiDi – Even though this is part of a series, I feel it can be read as a stand alone.