~ Where everyone deserves a Happily Ever After! ~ 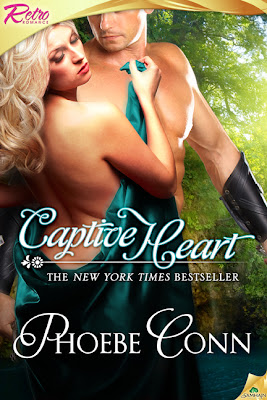 Description:
Her beauty and spirit ensnared him. If only he could free his heart from her treachery…

Celiese d’Loganville lives as a shadow. Though she is the beloved handmaiden of Viking lord Raktor’s spoiled pretty daughter, it matters little. She is a slave in a gilded cage who tells no one of the violent Viking raid that haunts her memories. Or the daily nightmare her life has become.

When her mistress refuses to wed a man rumored to be horribly disfigured, Celiese seizes her one chance for freedom. Maybe even love. No one needs to know that the face behind the veil is a mere substitute.

Mylan Vandahl has no need of a wife who’d pity him. But the enchanting—and perplexing—young woman presented to him boldly ignores his scars even as her eyes betray a nameless fear. Rousing within him a need to soothe her with gentleness she clearly doesn’t expect…and seduce her with tender persuasion.

After a wedding night of unparalleled passion, treachery is revealed in the rising dawn. Instead of taking her place at her husband’s side, Celeise finds herself in the fight of her life. For the dream of home and family…and to regain Mylan’s shattered trust.

This novel was first printed by Zebra books in 1985.

Product Warnings
Contains a warrior and a woman worthy of him, and an unforgettable adventure with love as the ultimate prize.

Amanda’s Thoughts:
Captive Heart by Phoebe Conn is a story like I’ve never read before. I have read historical romances but never one with Vikings and their conquests. This story is about a French slave girl, Celiese d’Loganville, who was taken at the age 12 from her home to become one of the many spoils of the Torgvalds and became the handmaiden for Viking Lord Raktor’s daughter Olgrethe. 5 years later she is given a chance to escape this life and marry Mylan Vandahl, another Viking who has been horribly disfigured from a hunting accident, in Olgrethe’s place. The deception works briefly for one night, her wedding night, until it all goes horribly wrong the next day. Now she is fighting for her life every day to stay alive in the hands of her enemy and the one man who has captured her heart with tender love.

For the entire book this girl could not catch a break. She is not trusted, accused of being liar and a traitor, and always being treated like a slave. At every turn she wants to be a wife and loved by Mylan.

Mylan can’t move beyond the immediate hurt and betrayal and never gives her credit for her efforts. Even though they never speak what is truly in their hearts to each other, their nights of loving are passionate and tender. Mylan sees for himself that his own father can’t be trusted and heads off to France to return Celiese to her homeland. More trouble pursues the couple again once they get there which forces the couple to do things that somehow look like betrayal!

Once you think they are finally in the clear and it all will work out for them he does the unexpected and leaves. ARGH!! It is in this time when they are apart that they both realize that they didn’t give one another time for understanding and patience to get to know the other. They know that they belong together and will actually tell the other if they are ever given that opportunity to do so. Their love scenes were beautifully written and the whole story was an adventure. The romance between Mylan and Celiese might be contentious but they complement each other and definitely belong together.